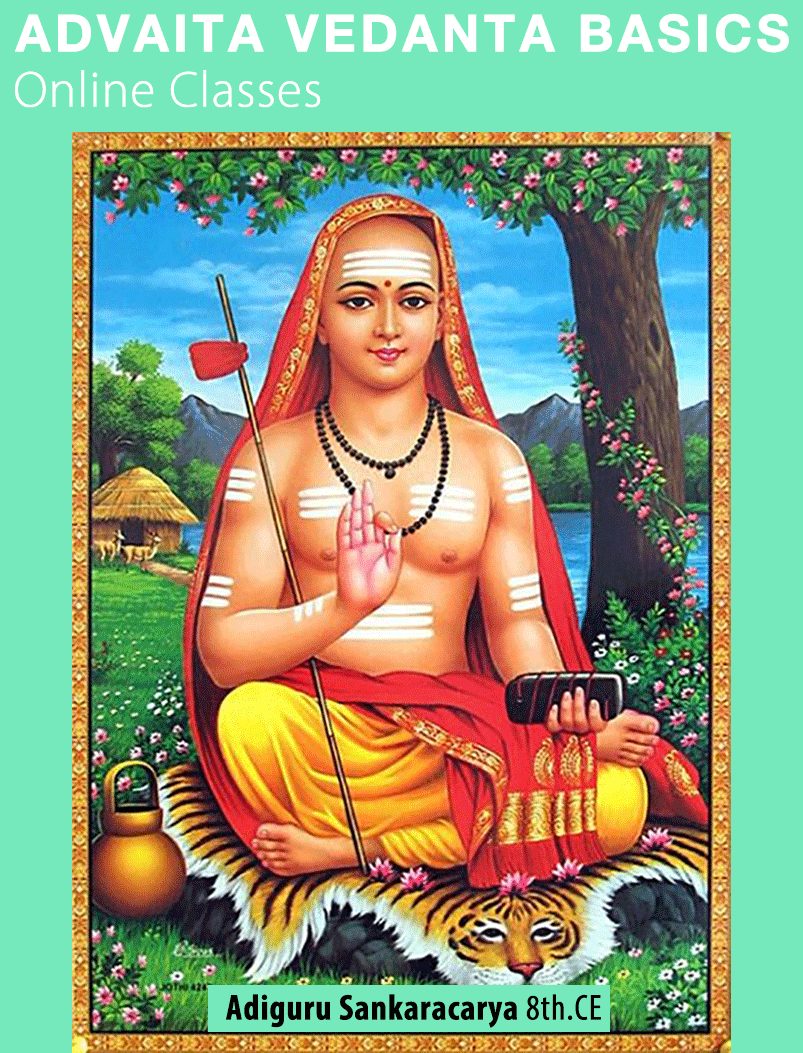 Advaita Vedanta stems from the ancient Upanishads. It is a non-dual philosophy which emphasizes that the essential oneness of all is reality, and that the universal appearance of infinite forms as only apparent. It asserts that the ‘self’, atman, is none other than the absolute universal consciousness, brahman, and that the full realization of this knowledge is the means to liberation, moksha, whereby the notion of a seemingly separate individual, jiva, disappears, since it was never actually separate at the outset. Discussion will be based on the introductory text Tattva Bodha—Knowledge of Truth—and the longer Vivekachudamani—Crest-Jewel of Discrimination—both attributed to Adi Guru Sankaracarya, an 8th century scholar saint and Vedanta’s most prominent exponent. It is not certain that Sankaracarya authored these easy-to-follow texts but, for our purposes, their clear explanation of the basics of Advaita Vedanta are quite sufficient as we explore this revealing philosophy.


If you’re unable to donate please email me to enroll or learn more. See you online.
Category: Classes & Courses

This error message is only visible to WordPress admins

Make sure this account has posts available on instagram.com.