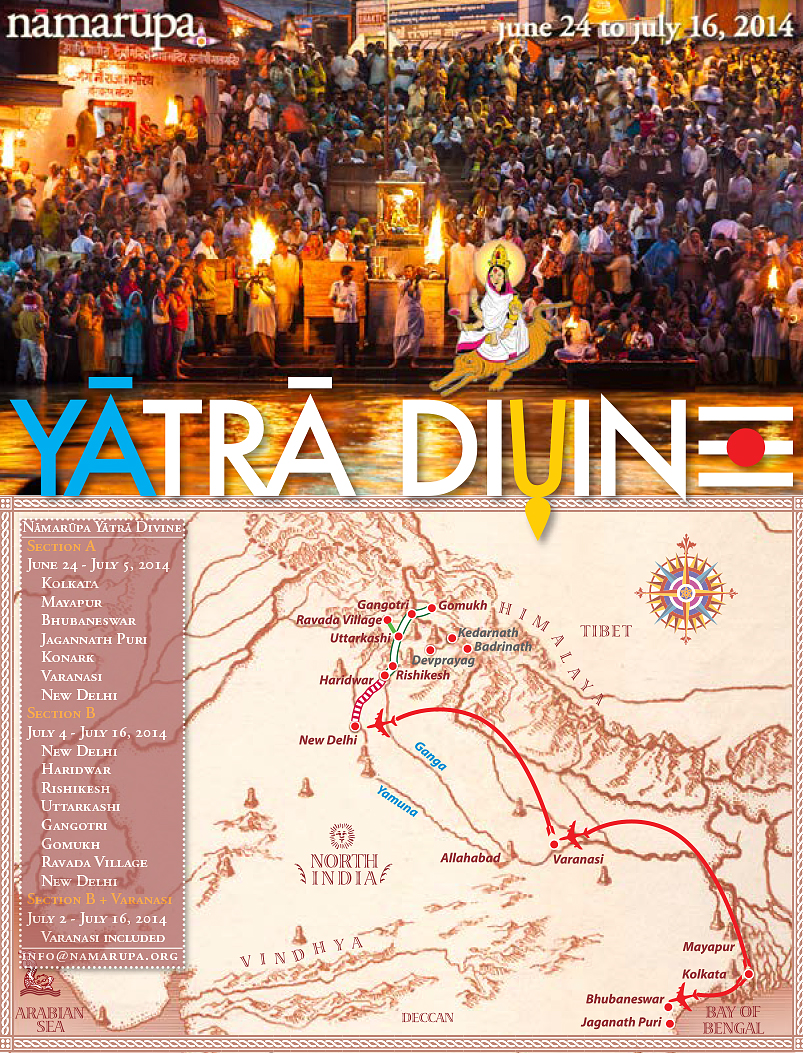 Yatra, Tirtha and Darshan
The ancient Puranas of India are huge volumes containing stories of the makings of the universe as well as thrilling tales of innumerable gods and goddesses. The geography of the Puranas coincides with that of the entire Indian sub-continent. Countless places mentioned in these ancient texts are fully alive today and are important places of yatra (pilgrimage). Within their sanctums worship is performed daily to the resident gods and goddesses in a tradition that reaches back into antiquity and beyond. These places where the sacred stories unfolded are sometimes called tirthas. A tirtha is a place of crossing over and most literally refers to fords of rivers. It also refers to a spiritual crossing place, where the divine is more easily intuited, recognized or experienced. Daily, vast numbers of Hindu yatris (pilgrims) visit the sacred places to have darshan of their favorite gods or goddesses. Darshan is both seeing and being seen by the deity. It is a source of spiritual renewal.
Namarupa Yatra Divine 2014
In modern day India there are three vibrant spiritual currents. Saivites favor Lord Siva, Vaishnavas Lord Vishnu and Sakthas the Goddess. Each of these deities has innumerable manifestations and each of those have many different temples at sacred places where they reside. The intention of the Yatra Divine will be to go as much as possible as pilgrims to the sacred temples and, where permitted, to have darshan of the gods and goddesses. This will not be tourism. We will travel simply, lodge in Indian-style accommodations, eat vegetarian meals and dress and behave appropriately according to local custom. We will practice early morning yoga, take time for meditation, as well as discussions and explanations regarding our experiences. We will have ample time for the usual sightseeing, shopping and exploring that travellers enjoy. The pace will be relaxed, but this being India, one can expect the unexpected.

SLIDE SHOW BY RYAN CARVILLE ©
Great images by Ryan Carville, Texan by birth and now a New Yorker, who joined Namarupa for his first (but not last) trip to India.

How big can your heart ❤️ chakra get 😂

Humans make straight lines and think like that. Ne