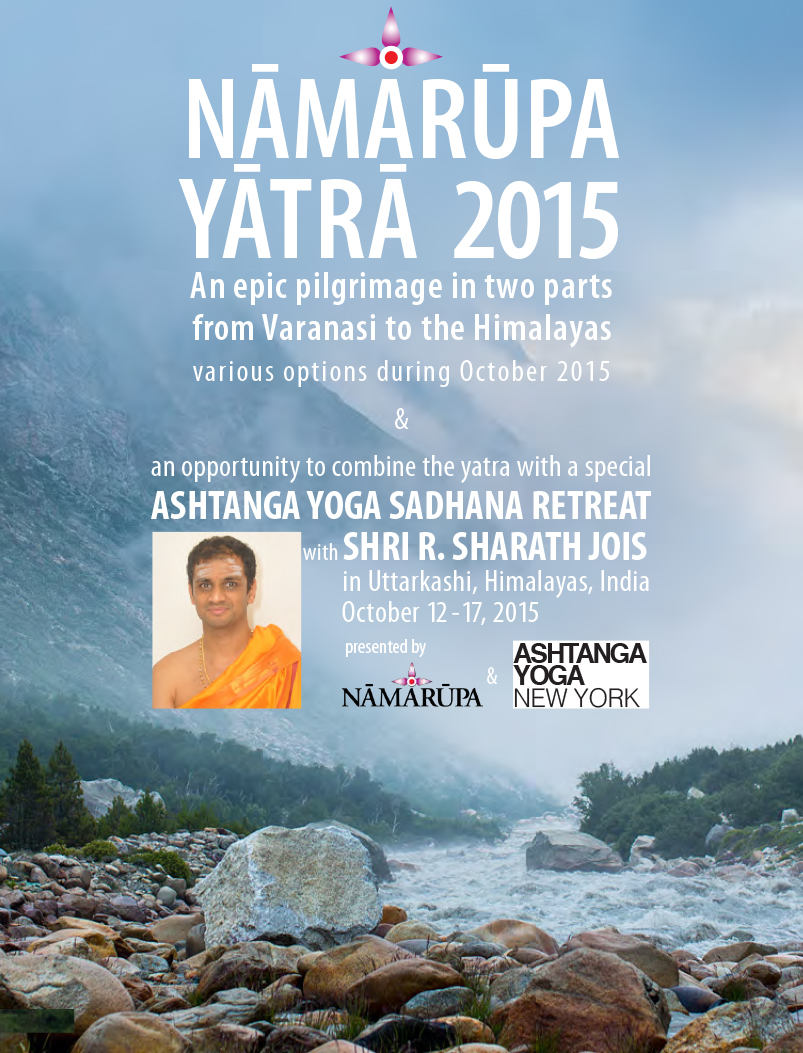 This Yatra has been successfully completed. Go to VIMEO for the VIDEO. Still photos are in the GALLERY

October, 2015: An epic pilgrimage with many options and a unique opportunity to combine the yatras with an Ashtanga Yoga Sadhana Retreat led by R. Sharath Jois and organized by Namarupa and Ashtanga Yoga New York. Download the Yatra 2015 Brochure.

Yatra, Tirtha and Darshan The ancient Puranas of India are huge volumes containing stories of the makings of the universe as well as thrilling tales of innumerable gods and goddesses. The geography of the Puranas coincides with that of the entire Indian sub-continent. Countless places mentioned in these ancient texts are alive today and are important places of yatra (pilgrimage). Within their sanctums, worship of the resident gods and goddesses is performed daily in a tradition that reaches back to antiquity and beyond. These places where the sacred stories unfolded are sometimes called tirthas. A tirtha is a place of crossing over and most literally refers to fords of rivers. It also refers to a spiritual crossing place, where the divine is more easily intuited, recognized or experienced. Daily, vast numbers of yatris (pilgrims) visit the sacred places to have darshan of their favorite gods or goddesses. Darshan is both seeing and being seen by the deity. It is a source of spiritual renewal. Namarupa Yatras are centered around the experience of darshan.

What shall I do?

Self explanatory regarding the Self.

At morning puja we read daily from this text. Yoga

The amazing AGHORA TRILOGY by ROBERT SVOBODA is no

Pranayama is a practice of using the breath to shi

February 28 is MahaSivaratri, the great night of L